The British Government have just released some workplace health and safety statistics for the year 2017/18.

This data is based on RIDDOR - Reporting of Injuries, Diseases and Dangerous Occurrences Regulations 2013.

It makes for some really interesting reading that those in other countries should read and understand. 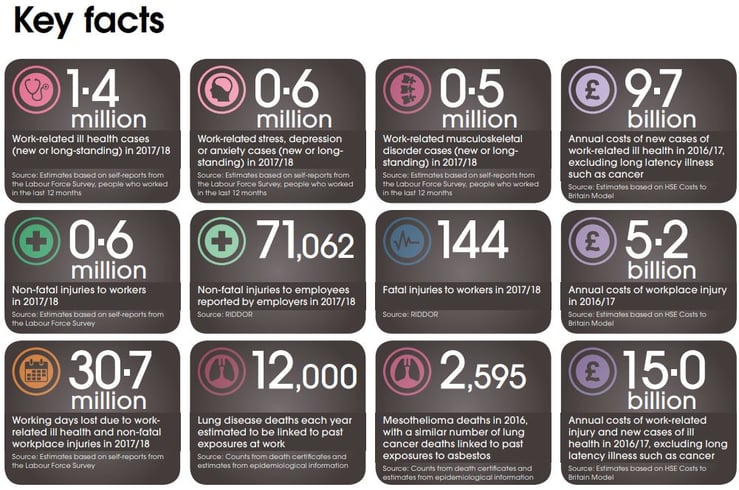 One stand-out stat was that Great Britain had 144 workplace fatalities.

This is eye-catching when you compare the number of fatalities in Great Britain with Australia and New Zealand.

The report also notes that:

"The UK consistently has one of the lowest standardised rates of fatal injury across the EU, lower than other large economies and the EU average."

Unsurprisingly slips, trips or falls was the main cause of injury (31%). This cause is common across the world.  When I was a Health and Safety Auditor for the New Zealand Government a few years ago, and visited over 200 companies, I noted at the time that slips, trips and fall was by far the most common cause of incidents and injuries.

Here's an idea - discuss how you control slips, trips or falls in your next health and safety committee meeting.  See what the team comes up with.

Since 2001/02 there has been a steady downward trend in workplace accidents per 100,000 workers.  This is a really positive result for Great Britain. 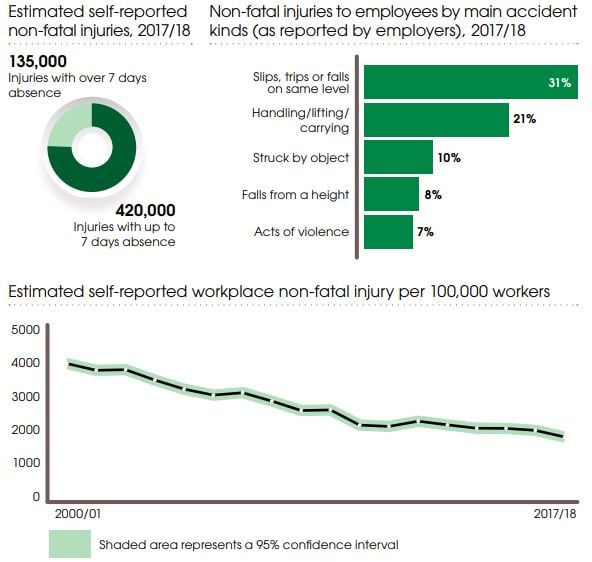 Work Related Stress, Depression and Anxiety Rates on the Rise

Another interesting statistic is the reporting of work-related stress, depression and anxiety rates have increased over recent years. 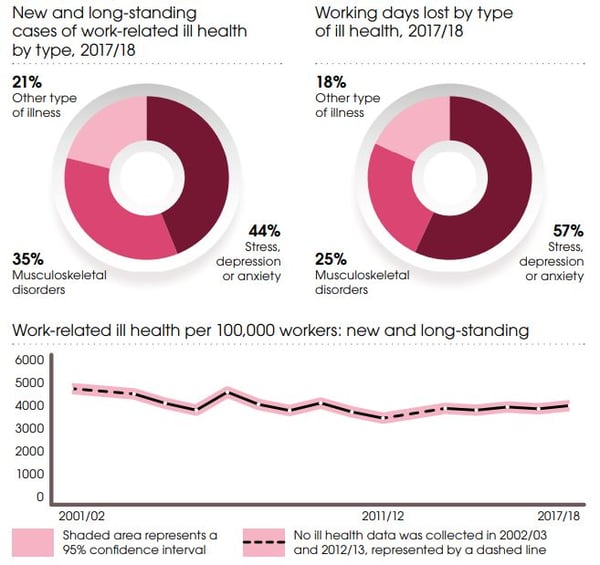