Why Compliance Professionals Need to Go to the Gemba

Learning from our 'lean' colleagues

If there’s one technique I wish more managers would use - and more often - it’s going to the gemba.

Whilst it’s a well-known term in Lean Manufacturing (and Kaizen), a lot of compliance professionals don’t seem to be familiar with it.

Gemba is a Japanese word which means “the real place”.  The idea is that in order to know what is actually going on in your business, you need to spend time where the real value is added, such as the factory floor, the hotel reception desk or the construction site.  You need to be at the coal-face, and you need to be there often.

The sentiment of going to the gemba is beautifully articulated by the words of honorary Toyota chairman, Fujio Cho: “Go see, ask why, show respect”.  More on this later, but first let’s step back to a time when flannel shirts and ridiculously loose jeans were all the rage… 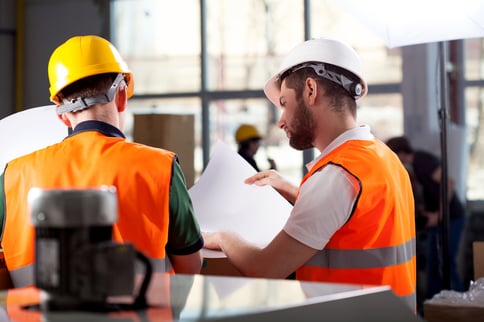 Going to the gemba in action

I was talking to a colleague the other day about going to the gemba and he re-laid a story about his experience with it back in the early 90’s. It was his first role as a Quality Manager.  He would see his CEO arrive before all of the other managers. The CEO would walk around the site talking with staff.  He was interested in their day, their personal lives and how they thought the company could do things better. He understood that all employees were part of giving the customer a great experience and product.  And just as importantly, his employees knew that he knew.  So he went with a purpose.  It wasn’t just “Management by Walking Around”. He talked with staff so that he could learn.  He didn’t go to the gemba to discipline staff. He talked with them so that he could truly understand.

Over the course of a couple of weeks he talked with almost every member of staff.  Then he’d repeat the cycle.  All employees knew that they had regular contact with the highest level of management in the company.  They all respected him.  There was a real sense of team throughout the company.

It only took him 30 minutes a day.

Then at times during the rest of the day the CEO would ask my colleague (the Quality Manager) questions about how things were operating.  Looking back, he now believes that the CEO was checking what he heard from his morning gemba visits. It was like he was validating what he learnt and with many of the questions, he expected my colleague to back up his answers with good data.

Unfortunately when the CEO left, the new CEO (formerly the accountant) took a different approach.  He remained at arm’s length from the coal-face, instead relying on his managers to provide him with feedback.

The change was quick, noticeable, and negative.  Almost instantly the employees felt that they were just an unimportant number.  They felt that their knowledge and insights weren’t valued.  The feeling of ‘team’ evaporated.

Decision-making suffered, too.  The CEO’s decisions were based on subjective input from managers, several steps removed from where the value was really being added.  The potential for better outcomes was not realised because all the CEO got from his managers was the message that everything was okay.

Then, when that CEO left the company, his replacement re-introduced going to the gemba and things slowly improved.  The cost was significant, though - many opportunities and money had been lost in the interim.

Here are my 5 top tips for going to the gemba:

Most solutions to problems lie with the employees. Treat them properly and they are very willing and happy to share them – they just need to be asked!