Food Safety: Would You Eat a Medium-Rare Steak?

Being served a medium-rare steak or liver in New Zealand, is now well, rare!

If you haven’t already heard, there has been a big uproar in the news around restaurants cooking medium-rare meat. If you’re a vegetarian or a vegan then this news will not effect you the slightest. However, if you appreciate a medium-rare steak then this will pull on your heart strings.

New food preparation guidelines have been released by the Ministry of Primary Industries (MPI) after a number of deaths have taken place from under cooked meat. These new guideline’s mean meat and liver must be cooked at high temperatures and for longer to avoid contamination. 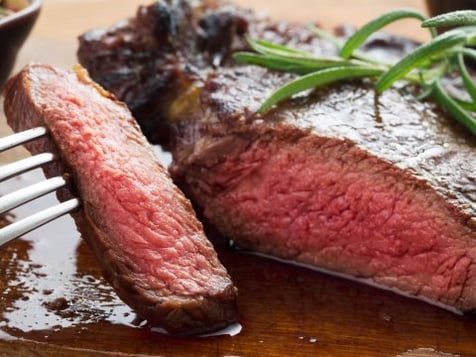 The new rules state meat should have an internal minimum temperature of 65°C for 15 minutes while cooked, 70°C for three minutes, or 75°C for 30 seconds.

This had caused heat throughout the hospitality industry as chefs say these new rules will negatively impact a number of their dishes as they claim meat cooked over 70 degrees is “well done”.

After a visit from the MPI, the Duke of Marlborough restaurant in the Bay of Islands has been forced to cut their signature Governor’s Burger from their menu. The MPI stated the burger did not meet the new legislation as the meat was cooked to medium-rare.

Executive Chief, Dan Fraser from the Duke of Marlborough restaurant said these new regulations mean they have to cook their burgers to a "dry, rubbery well-done", and he's not prepared to do that to his customers.

MPI Manager, Sally Johnson explains that the new food preparation rules do not ban restaurants from serving medium-rare meat. However, it is the way it’s cooked that needs to be changed.

"It is possible to cook a medium-rare burger safely, it just means that they need to think about the processes that they are using to do that. It might not be necessarily possible to do that on a BBQ or grill."

Johnson argues that medium-rare meat poses a potential food safety risk to customers. She explains that under cooked meat could easily make a consumer sick, or at worst, kill them.

If a restaurant want to serve medium-rare meat, they must apply to the ministry to prove their meat is safe to consume. However, the catch to this is that it will cost them.

What are your thoughts on this matter? Do you believe these changes in regulation are necessary? Or are they over the top?